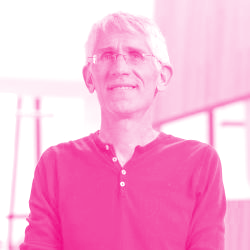 Dr. Corey Nislow is an associate professor in the Faculty of Pharmaceutical Sciences, a cofounder and director of the Sequencing + Bioinformatics Consortium, and an advisor to the Advanced Research Computing group, all at the University of British Columbia, as well as a cofounder of Genetic Networks LLC. Formerly, he served as group leader in two biotechnology companies (MJ Research and Cytokinetics Inc., in the San Francisco Bay area) and as a Senior Genome Scientist at Stanford University. He was also an associate professor at the University of Toronto and Director of the Donnelly Sequencing Centre.

Dr. Nislow is a cell biologist and geneticist whose lab employs genomics and develops biotechnology tools to address both fundamental and applied biological questions using technologies such as parallel genome-wide chemical genomic screens, high throughput cell-based screens, and next generation sequencing. His research program has developed and deployed an array of chemical genomic tools for systems biology, including protocols to perform genome-wide screens on the International Space Station, to which he has launched four science missions. He is the lead researcher for the Genomics for Precision Drug Therapy in the Community Pharmacy, a first-in-Canada trial that empowers patients to directly access their genome data for medication management. Dr. Nislow has been involved in a few notable scientific projects; cloning the first human mitotic kinesin, identifying the founding member of the SET family of chromatin modifiers, and producing the first comprehensive genome-wide map of nucleosome occupancy in an organism. Dr. Nislow is an accomplished academic with 170 peer-reviewed publications and six patents as well as an enthusiastic instructor who enjoys teaching all aspects of biotechnology, genomics, and drug discovery for students and trainees.

Dr. Nislow completed a bachelor of arts in developmental biology at New College (Sarasota, Florida) and a PhD in cell and molecular biology at the University of Colorado (Boulder, Colorado). He was an American Cancer Society Postdoctoral Fellow and serves on the editorial boards of several academic journals.