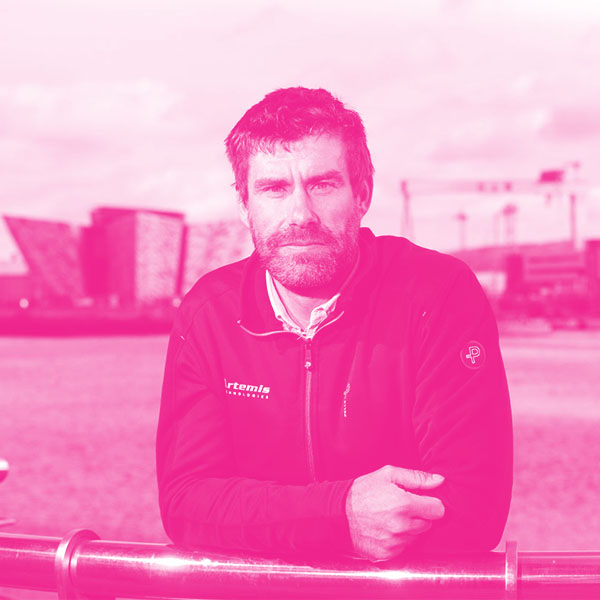 Iain is a four time Olympian, three time Olympic medallist and double Olympic champion. He is also a veteran of four America’s Cup challenges, beginning in 2005 as helmsman for the +39 Challenge, before joining Great Britain’s America’s Cup challenge, Team Origin. After retiring from Olympic competition in 2012, he joined Artemis Racing as a tactician, and was appointed Team Manager in October 2013. Iain then went on to lead the team’s successful 35th America’s Cup campaign in Bermuda, reaching the Louis Vuitton Challenger Series final in 2017. Passionate about protecting the oceans, the economics graduate founded Artemis Technologies in 2017, with a mission to see how America’s Cup technology could play a part in the decarbonization of the maritime industry. He has overseen the company’s transition from a sailing services provider, to an applied technologies company focusing on green innovations for marine transportation.