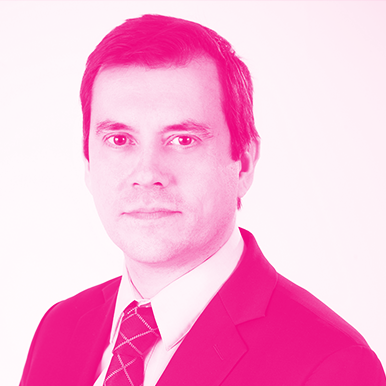 Ludovic André is Founder and Managing Director of the Canadian venture capital arm of Crédit Mutuel Equity, a private equity subsidiary of Crédit Mutuel Alliance Fédérale, one of France’s largest banking organizations. With close to 20 years of experience in the venture capital field in both France and North America, Ludovic has been involved in more than 30 companies mainly in the ICT and health sectors. Among his significant achievements in the private equity space, Ludovic played a key role in the Maluuba investment, a Canadian artificial intelligence company subsequently acquired by Microsoft in 2017. He was also responsible for the launch of the $100-million Emerillon venture capital fund in 2013 in partnership with Mouvement Desjardins, now fully part of Crédit Mutuel Equity.

Ludovic is co-founder and a member of the board of French Tech Toronto. He acts as a mentor to startups as part of Montreal’s Next AI acceleration program specialized in artificial intelligence. He is a member or an observer on the boards of several high-tech companies, including CM Labs Simulations (Montreal), Hiay (Seattle), Edison Software (San Jose), Scalefast (Los Angeles), Icentia (Quebec City), and FoodX (Vancouver).

Ludovic holds a Master of Science in Chemical Engineering from Institut National Polytechnique de Grenoble and the University of Texas at Austin, as well as an MBA from HEC in Paris.