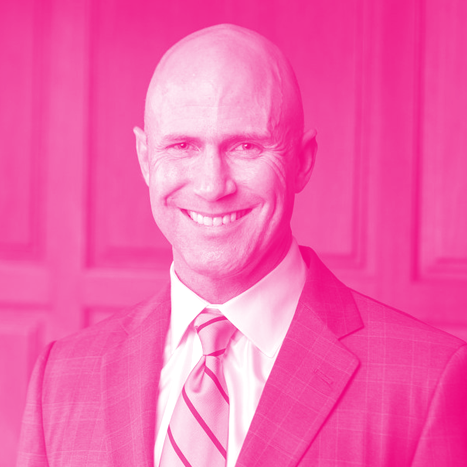 Robert E. Guldberg is the DeArmond executive director of the Phil and Penny Knight Campus for Accelerating Scientific Impact and Vice President of the University of Oregon. A serial entrepreneur and internationally renowned bioengineer, Guldberg’s research is focused on musculoskeletal mechanobiology, regenerative medicine, and orthopaedic medical devices. Over his 25+ year academic career, Dr. Guldberg has produced over 270 peer-reviewed publications, served as an advisor and board member for numerous biotechnology companies, and co-founded six start-ups. He was previously executive director of the Parker H. Petit Institute for Bioengineering and Bioscience at Georgia Tech from 2009-2018. In 2018, he was selected from a national search to lead the Knight Campus as its inaugural permanent Executive Director, where he has led the creation of its strategic plan, hired faculty into the campus’ first building opened in 2020, and launched the University of Oregon’s first ever engineering degree program. In 2021, he led the launch of phase 2 of the Knight Campus development with the announcement of a second $500 million gift from Phil and Penny Knight. At the national level, Dr. Guldberg is past Chair of the Americas Chapter of the Tissue Engineering and Regenerative Medicine International Society (TERMIS-AM). He currently serves on the Executive Leadership Council of the Wu Tsai Human Performance Alliance, a $220 million global initiative to promote wellness and peak performance through scientific discovery and innovation. Dr. Guldberg is an elected fellow of TERMIS, the American Society of Mechanical Engineers (ASME), the American Institute for Medical and Biological Engineering (AIMBE), and the National Academy of Inventors (NAI).