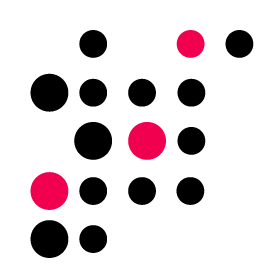 Ms. Anderson is a serial entrepreneur. She and a co-founder started DirectCash Payments Inc., a publicly traded financial services company in 1997. DirectCash Payments grew from two employees to be the second largest ATM company in the world with revenue of over $400M and over 425 employees worldwide until its sale in January 2017. In 2008, Susan co- founded Digital Commerce Bank, a private Canadian chartered financial institution and was its founding President & CEO for over 7 years and is currently the Chair of the Board. As well, Susan is a co-founder of Bitvo, a leading crypto currency exchange in Canada.

Currently, she is the President and Chief Executive Officer of Cannonball Capital Inc., which is an active institutional investor in venture companies, private and public equities as well as commercial real estate and multi family apartments.

She is the Chair of the Board of Endeavor Canada which selects and mentors scale up companies and a Fellow of the Creative Destruction Lab (CDL) in Calgary and Vancouver which mentors and helps finance early stage venture companies. She also is a member of the Strategic Advisory Board for CDL.

Susan is on the board of directors of My First Bicycle Foundation, Cannonball Sport and Education Foundation, Canada’s Sport Hall of Fame and Digital Commerce Bank. As well, she is on the strategic advisory board of the Hotchkiss Brain Institute and the President’s advancement council at the University of Alberta.

Susan is on the advisory board of UCeed, a venture fund run by students at the University of Calgary.

In 2010, Susan received an Alumni Honour Award from the University of Alberta. Ms. Anderson was also honoured as one of the “most powerful women” in Canada by the Women’s Executive Network in 2010. She was the recipient of the Ernst & Young Entrepreneur of the Year (Prairies Region) award in 2005.