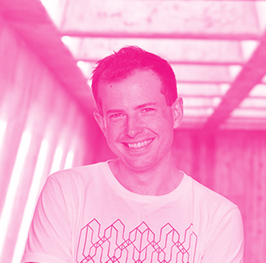 Blake Richards is an Assistant Professor in the School of Computer Science and the Montreal Neurological Institute at McGill University and a Core Faculty Member at Mila. From 2014 to July 2019 he was an Assistant Professor at the University of Toronto in the Department of Biological Sciences (Scarborough) with a cross-appointment to the Department of Cell and Systems Biology and a Faculty Affiliation at the Vector Institute. He was the 2019 Canadian Association for Neuroscience Young Investigator Award Recipient, and one of 29 Canadian Institute for Advanced Research (CIFAR) Canada AI Chairs announced in 2018. He is also a Fellow of the CIFAR Learning in Machines and Brains Program, and a Lab Scientist with the Creative Destruction Lab. From October 2011 to December 2013, Dr. Richards was a Banting Postdoctoral Fellow in the laboratory of Dr. Paul Frankland at SickKids Hospital, where he studied memory consolidation and neural plasticity. From 2007 to 2010, he was a Welcome Trust 4-year PhD student at the University of Oxford in the Department of Pharmacology with Dr. Colin Akerman, where he explored synaptic plasticity in Xenopus laevis embryos. During the MSc component of the program he worked with Dr. Wyeth Bair and Dr. Ole Paulsen, studying computational models of visual processing and voltage bistability in neocortical dendrites. Before his graduate studies, he worked as a programmer and research analyst in magnetic resonance imaging at the Centre for Addiction and Mental Health from 2004-2006. Dr. Richards received his Bachelors degree in Cognitive Science and Artificial Intelligence from the University of Toronto in 2004.