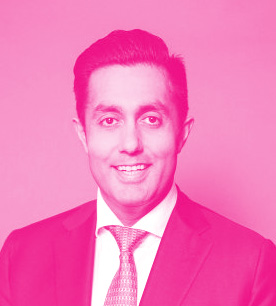 Ali Pejman is a partner at Fort Capital Partners, a boutique investment bank that provide advice on mergers and acquisitions, divestitures, capital raising, and equity capital markets. He has more than 18 years of investment banking experience advising companies on over $3.5 billion of M&A transactions and $2 billion of equity transactions, primarily for resource companies. An active investor, he holds a bachelor of commerce degree from the University of British Columbia and is a member of the Chartered Professional Accountants (CA) in BC. Ali has been designated a Fellow by the Chartered Professional Accountants for his contributions to the profession.

Prior to joining Fort, Ali held the positions of managing director of investment banking at Canaccord Genuity, Canada’s largest independent investment bank, and manager of taxation at PricewaterhouseCoopers.

Active in his local community, Ali serves on the boards of Science World and the Metro Vancouver Transit Police, the latter a government appointment. He has been an active fundraiser for several charities, including a lead fundraiser for Children’s Hospital Epilepsy Research program. He sits on the TSX Venture Local and National Advisory boards and was a past member of the BC Securities Commission Advisory Board.

Ali has been awarded several awards, including Caldwell Partners’ Canada’s Top 40 under 40 Award.