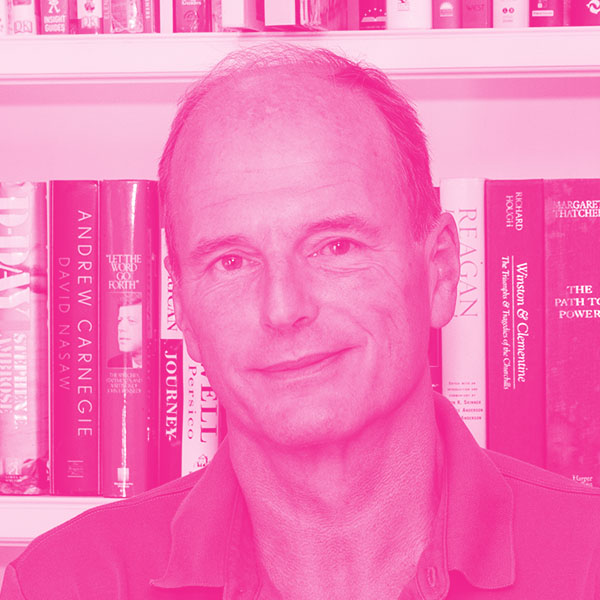 Andrew Thompson is a Silicon Valley based Chief Executive, entrepreneur and investor with a 30-year track record of successful technology-based innovation. As a Founder and Chief-Executive he has raised over $750M in private, public and corporate capital for first-in-category companies and personally negotiated three successful M&amp;A transactions with Fortune 50 enterprises. Adam Bryant’s profile of Thompson in the New York Times “Corner Office” was one of the most shared in the whole series: https://www.nytimes.com/2011/09/18/business/andrew-thompson-of-proteus-on-directfeedback.html.

From 2003 to 2020 he was Co-Founder, Chief Executive and Board Member of Proteus Digital Health, leading the company to unicorn status and a valuation of over $1.5B. The company’s digital medicine solutions dramatically improved clinical outcomes delivered by oral drugs and have the potential to enable a more sustainable model for innovation in pharmaceuticals that leverages the power of silicon, software and mobile devices. From 1994 to 1999 he was Co-Founder, Chief Executive and Board Member of FemRx, a pioneer of innovative solutions for women’s health, completing a NASDAQ IPO and subsequent sale to J&amp;J. From 1991 to 1993 he was Co-Founder and Chief Financial Officer of CardioRhythm, a leader in minimally invasive arrhythmia surgery, acquired by Medtronic. From 1992 to 1995 he was Chairman of the Board at Kistler Morse, a leader in quartz instrumentation, engineering a turn-around and sale of the company to Danaher. Andrew began his career as a consultant with Booz Allen &amp; Hamilton and subsequently worked with Mayfield Fund originating healthcare companies.

Thompson is also accomplished at using technology to innovate in the public sector. Since 2002 he has been Co-Founder and Board Member of Summit Schools, a leading Charter School organization with an acclaimed track record and unique digital platform, featured in the Davis Guggenheim movie “Waiting for Superman”. Since 2004 he has worked in digital humanities innovation as a member of the Stanford University Libraries Board and was a co-founder of Parker Library Online, a leading destination for digital medieval studies. He is actively engaged with government leaders in Estonia who have made that country the most digitally enabled society in the world, with 2000 government services delivered from a single secure spine.

Andrew Thompson is widely recognized as a thought leader in healthcare and technology. From 2009 he has been a frequent presenter for the World Economic Forum, first as a Technology Pioneer, then North American Forum Advisor. He served on the California Governor’s Health IT Security Advisory Board, is a Commissioner of the United States National Council on Competitiveness, a Member of the Dean’s Advisory Council of the Keck Graduate Institute School of Medicine, an Associate of Oxford University’s Creative Destruction Lab and an Advisor to several private companies.

He holds masters’ degrees in Engineering (Cambridge), Education (Stanford) and Business (Stanford GSB) and is a named inventor on over 50 issued patents.