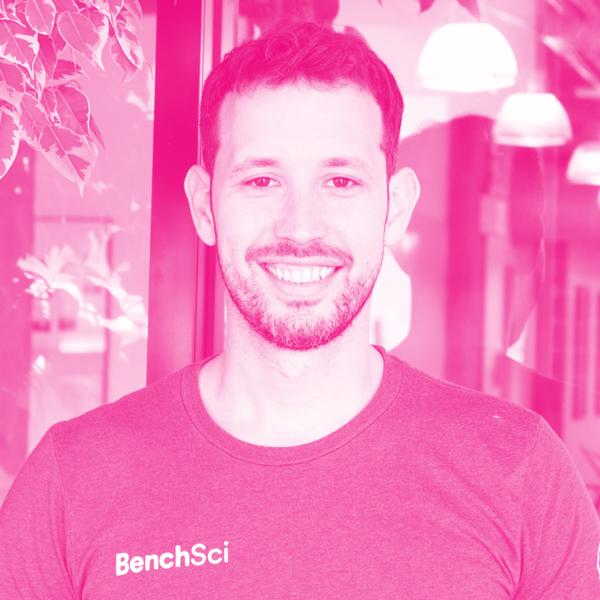 Liran is the CEO of BenchSci, a biomedical artificial intelligence company he co-founded while completing his MBA at Rotman in 2016.

While at Rotman, Liran worked in the Creative Destruction Lab (CDL) where he met BenchSci co-founders Tom Leung, David Chen, and Elvis Wianda. The trio of PhDs was working on a project exploring the use of machine learning to analyze scientific papers in order to help life scientists conduct experiments faster and more effectively. Their science knowledge and Liran’s business experience were a perfect match.

Prior to pursuing his MBA, Liran was the founder and CEO of a B2B e-commerce start-up in Israel. In his role as CEO, Liran negotiated an equity investment in which Globes, Israel’s largest business daily, acquired a 50% stake in the company. The company grew to become the leading B2B marketplace in Israel before selling in 2015.

Since their time at CDL, BenchSci has gone from four co-founders to an over 100-strong operation that has raised more than $59 million from top investors, including Google’s Gradient Ventures and F-Prime, and works with 15 of the world’s top 20 pharma companies, over 4,400 academic institutions, and more than 40,000 scientists.

Liran served as an army commander in the Israel Defense Forces for a period of three years. He also holds a degree in Law and a degree in Commerce from the Interdisciplinary Center in Herzliya, Israel.

In his spare time, Liran likes working out, reading books about successful entrepreneurs, cooking, and going on canoe trips. But most of all he loves spending time with his wife and young daughter.