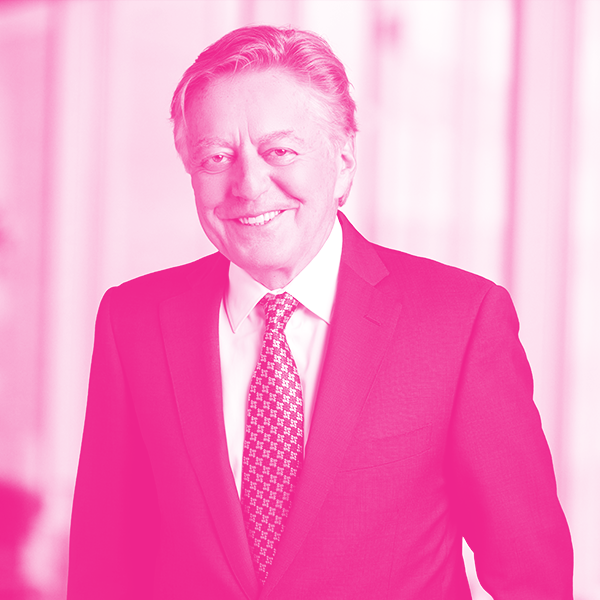 Mac Van Wielingen has been called “Calgary’s corporate radical” for his progressive thinking and unique grasp of corporate leadership, strategy, and human behaviour. Mac’s knowledge and expertise is the product of over 35 years in the financial and energy sectors. He is a founder, Director (1989 – 2018), and Partner (Present) of ARC Financial Corporation, the largest private equity investment management company in Canada focused on the energy sector with approximately $6 billion of capital under management. ARC Financial has invested in over 180 businesses, with ownership control in most, providing Mac with a unique foundation of experience and understanding relating to the challenges and realities of building businesses.

Mac is the founder and former Chair (1996-2016) of ARC Resources Ltd., a leading Canadian oil and gas company with a current market capitalization of approximately $3.3 billion. In 2015 and 2016, while Mac was Chairman of the Board, ARC Resources was ranked #1 in Brendan Wood International’s Shareholder Confidence Index in the Energy and Power Group, and was selected as the TopGun Board of the Year. ARC Resources remains recognized as a top Board, ranking among the top 1% of 1400 companies surveyed globally by Brendan Wood International in 2017.

In 2012, Mac co-founded the Canadian Centre for Advanced Leadership (CCAL) at the Haskayne School of Business at the University of Calgary, where he continues to serve as Chair of the External Advisory Group. He also serves on the Board of Directors for the Institute for Corporate Directors (2018 – Present) and recently ended his term as Chair (2014 – 2017) of the Board of Alberta Investment Management Corporation (AIMCo), where he joined as an original director in 2007. AIMCo is the fifth largest investment management company in Canada managing approximately $100 billion on behalf of 32 endowment, pension and government funds in The Province of Alberta.

Currently, he is founder and Chairman of Viewpoint Group, a private family-owned group of companies which includes Viewpoint Foundation, through which the Van Wielingen family have invested more than $15 million to over 100 charitable organization since 2001, and Viewpoint Investment Partners, an investment management company offering a foundational global investment alternative for high-net worth families and institutional investors. Viewpoint Group also includes a research centre, Viewpoint Research Partners, established in 2010 to explore the challenges around long-term business success, and the reconceptualization of the role of the board in business leadership.

Mac is an honours graduate of the Ivey School of Business in finance and studied post-graduate economics at ­Harvard University.