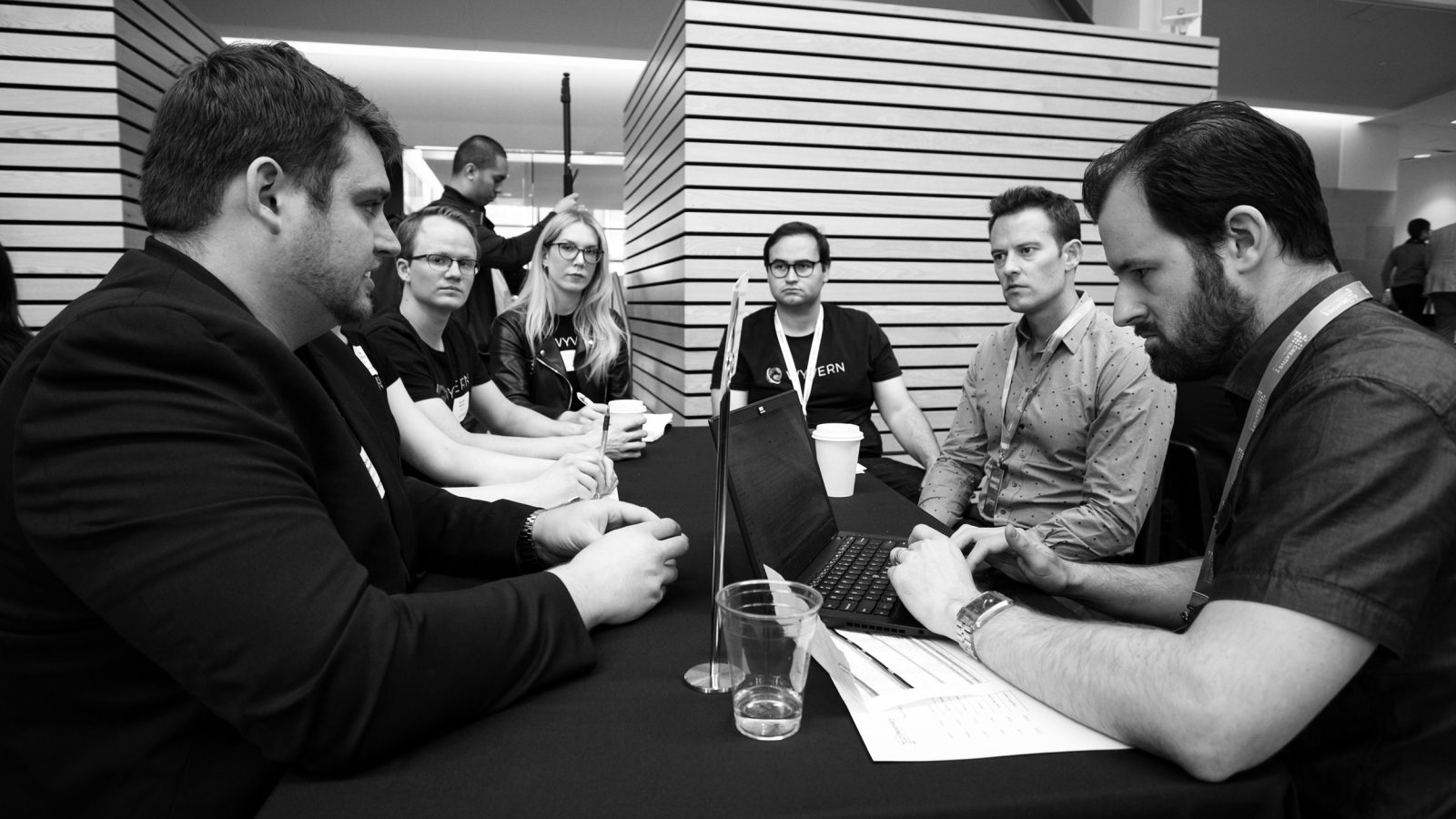 50 years after humanity reached the moon, CDL is supporting startups working on the next moonshot

Fifty years ago, Buzz Aldrin and Neil Armstrong set foot on the moon, illuminating what happens when a desire for discovery fuels technological innovation. Today, the goal is to be back on the moon in five years. And while there have been leaps and bounds in space technology, there remains a huge market opportunity.

Creative Destruction Lab (CDL) recognized the need to support start-up founders in the space industry, graduating its first cohort of start-ups in 2018/19.

“The anniversary of the moon landing is a chance to reflect on how small and large companies can contribute to further discovery by offering technical solutions to complex engineering problems,” says CDL Senior Associate Director Gregory Ray.

CDL’s Space Stream supports founders pursuing commercial opportunities that exploit the recent drop in the cost of accessing space. The program is interested in aspirational companies, but also companies with enabling technology, for instance, a startup focusing on lightweight materials. “Every 10 grams you save in materials is 10 more grams you can launch for the same cost,” says Ray.

The program brings together astronauts, entrepreneurs, investors, and scientists from fields related to space exploration and transportation, satellite communications, and robotics. CDL Space startups work with these mentors to sharpen objectives, prioritize time and resources, raise capital, and engage with experts working on the frontiers of research. “There’s really no other program that creates a forum for space and aerospace stakeholders to focus on early stage startups,” says Ray.

Here are four companies from CDL Space Stream’s first cohort on how the program helped them take their start-up to the next level.

SpaceRyde uses balloons to launch small satellites in space faster and cheaper than anyone else. The founders set out to solve the ride-sharing problem that’s hindering growth in the small satellite industry. As that market is growing exponentially, half of new small satellites can’t launch in their first year, notes co-founder and COO Saharnaz Safari. She likens it to trying to take a bus to space — SpaceRyde is creating a taxi service.

The biggest takeaway Safari had from her nine months in the CDL program was that a network is key to the success of any business. “You need a network of people in that industry to move as fast as you want to and CDL provided that network,” says Safari.

For SpaceRyde, that network meant introductions from mentors with deep connections that helped the company move forward with seemingly simple — but vital — tasks, like securing flight permits. That ultimately helped the team with their first launch, one stop on the way to where they hope they are headed: “The main goal within the five years is for us to become the de facto launch provider for small satellites.”

AI SpaceFactory started its journey by working with NASA to build a 3D printed habitat for use on Mars. At CDL, mentors like Commander Chris Hadfield helped the founders focus on how to commercialize that technology. “We came out of CDL with a much clearer vision towards commercialization and frankly gained a lot in skills and analytical thinking in terms of how we really make this work,” says CEO and co-founder David Malott.

The intensity of the program, having to complete objectives every eight weeks in particular, helped the venture focus. And it’s something they continue to do internally post-graduation — breaking down large problems into manageable milestones. “That kind of discipline was something we really picked up at CDL,” says Malott.

Leap Biosystems’ mission is to bring innovative and disruptive technologies into the healthcare market to better enable providers in remote environments, whether they be here on earth or in space. Leap’s mid-term goal is to grow their revenue stream with augmented reality applications that help healthcare providers perform a clinical procedure, or one that a non-professional could use in a situation that’s an acute emergency. These are the kinds of products that will be required to support a lunar mission. “We’re working on setting in place the fundamental building blocks of that strategic road map to get those deliverables in place in time for those lunar missions,” says CEO Dave Williams.

Nine months in the CDL program helped them refine their ideas on how to get there. “The heart of what [CDL does] is encourage you to focus,” says co-founder Dr. Allyson Hindle. It drove Leap’s founders to keep refining their ideas after every session, and meet the aggressive milestones their mentors help them set. The result? “We’ve gone from the group of really excited, talented founders with ideas to now having minimum viable product,” says Williams.

When he first heard about CDL, co-founder and CEO Ewan Reid wasn’t sure what the benefit of the program would be. But its value quickly became clear: “I had a lot of experience working in the space industry — managing space programs, working with space agencies, working with large contractors. And I knew how to lead a team. But what I didn’t know is how to run a venture-funded company.”

Those were skills Reid and his team learned from mentors in the program, some of whom also became investors. They also opened up their networks to Mission Control. “A whole slew of investment meetings that we had over the last few months were a direct result of the connections that we made at CDL,” says Reid.

Applications for CDL-Toronto’s 2019/20 Space Stream are now open. Contact space@creativedestructionlab.com for more information on the program or to discuss your venture with a team member.