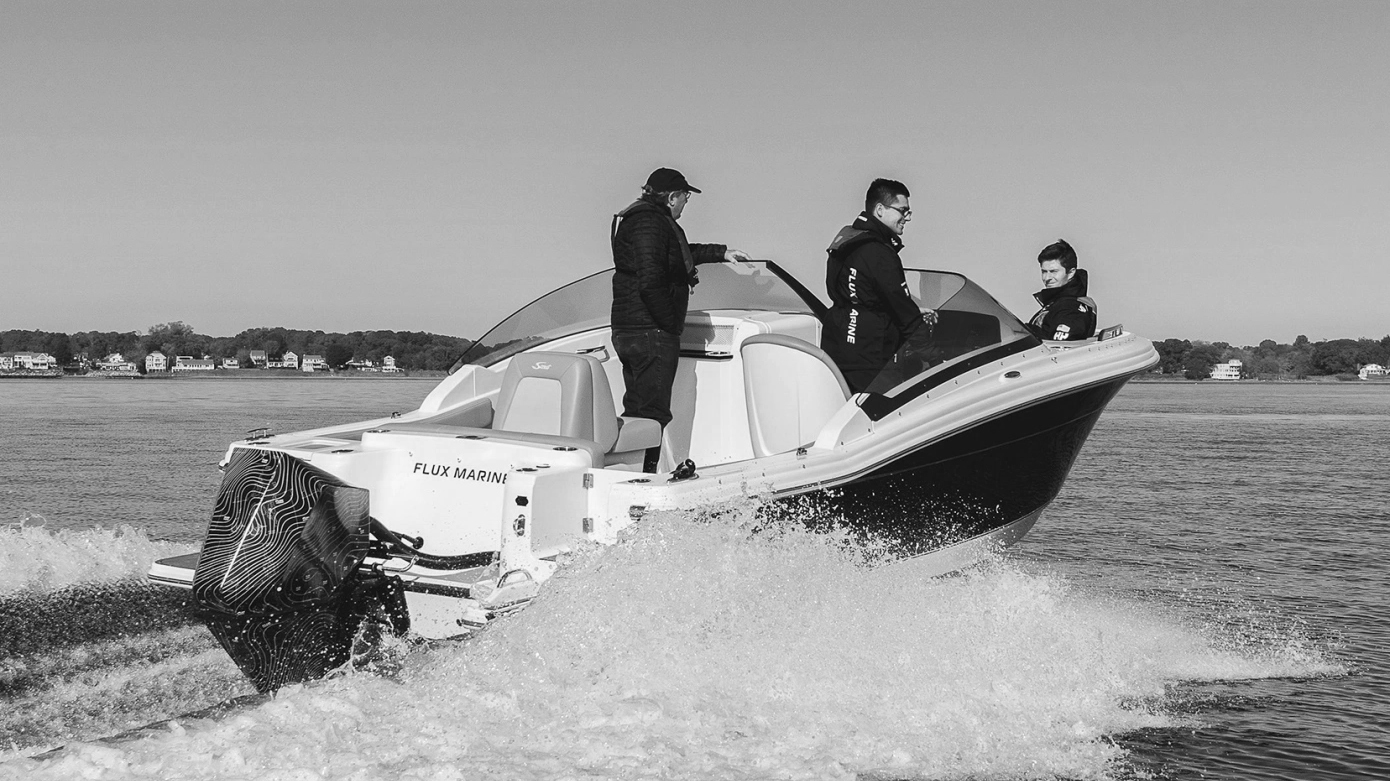 The team at Flux Marine didn’t want to enrol in any more business accelerators — unless there was a really good reason to do so.

The company had already done about four accelerator programs, and felt like they’d gotten all the advice they needed.

“Unless there was a notable community, and a network that the program had built up, and we’d be doing it less for the modules or the learnings, and more for the community and the network,” said COO Daylin Frantin.

A list of “big names” associated with the program convinced Frantin to give it a shot.

“It definitely made us take a second look… and we ultimately decided to move forward with it because of the people.”

Flux Marine builds electric outboard boat motors that are quiet, require no maintenance or winterization, and eliminate odours and pollution caused by combustion. Frantin and his business partner, CEO Ben Sorkin have been best friends since they were 10, and grew up  boating together on Lake George and Lake Champlain in upstate New York. Flux Marine had just closed a seed round when the team started CDL.

The company has just announced that it’s raised $15.5 million in an oversubscribed Series A funding round. The team found its lead investor, Ocean Zero, LLC, through a connection made at CDL.

“Ocean Zero invests in innovative young companies that can make a breakthrough difference in decarbonizing transportation on the world’s oceans, rivers and seas,” said Stephen Petranek, operating partner for Ocean Zero LLC, in an announcement about the funding round. “Commercial shipping by sea and recreational boating produces more CO2 emissions each year than all the world’s airlines combined. Flux Marine can make a significant impact on climate change if even a fraction of the 800,000 outboard engines sold each year can be replaced by fully electric motors.”

“We never expected it,” Frantin said. “But as we started to really get the wheels turning, and move through the paces, we met some unbelievable mentors, some advisors, and now people who have turned into investors that have come directly from the program.”

CDL mentors like John Risley and Adam Draper gave the team hard deadlines and held them accountable to reach goals that had previously fallen to the back burner, like applying for patents. Risley is a founding partner of CDL-Atlantic in Halifax and chairman and CEO of CFFI Ventures Inc., a diversified holding company that has majority or significant stakes in a portfolio of young companies; Draper is an associate at CDL’s Oceans stream, and is the founder and managing director of Boost VC.

“The mentorship was really not people telling us how to run our company, but holding us accountable, holding us responsible for deadlines, and then just cheering us on,” Frantin said.

“And the cheering on part is something that I think really isn’t valued as much as some other things. But it really makes a big difference when you’re grinding, putting in 80-hour work weeks and gasping for air, to hear people say, ‘You can do this, and I’ve seen other companies go through this.’ That reassurance is really positive for the team.”

Frantin said CDL’s program can be “customizable” to what a business most needs. At the time they started the program, Flux Marine’s team knew they needed more help with business development and less help with the company’s actual technology and product.

“We always geared it towards the things that we felt we needed … And CDL pretty much catered to that,” he said. “And then found us mentors who were interested in helping out in those select categories. So in that regard, I would say they did a fantastic job.”