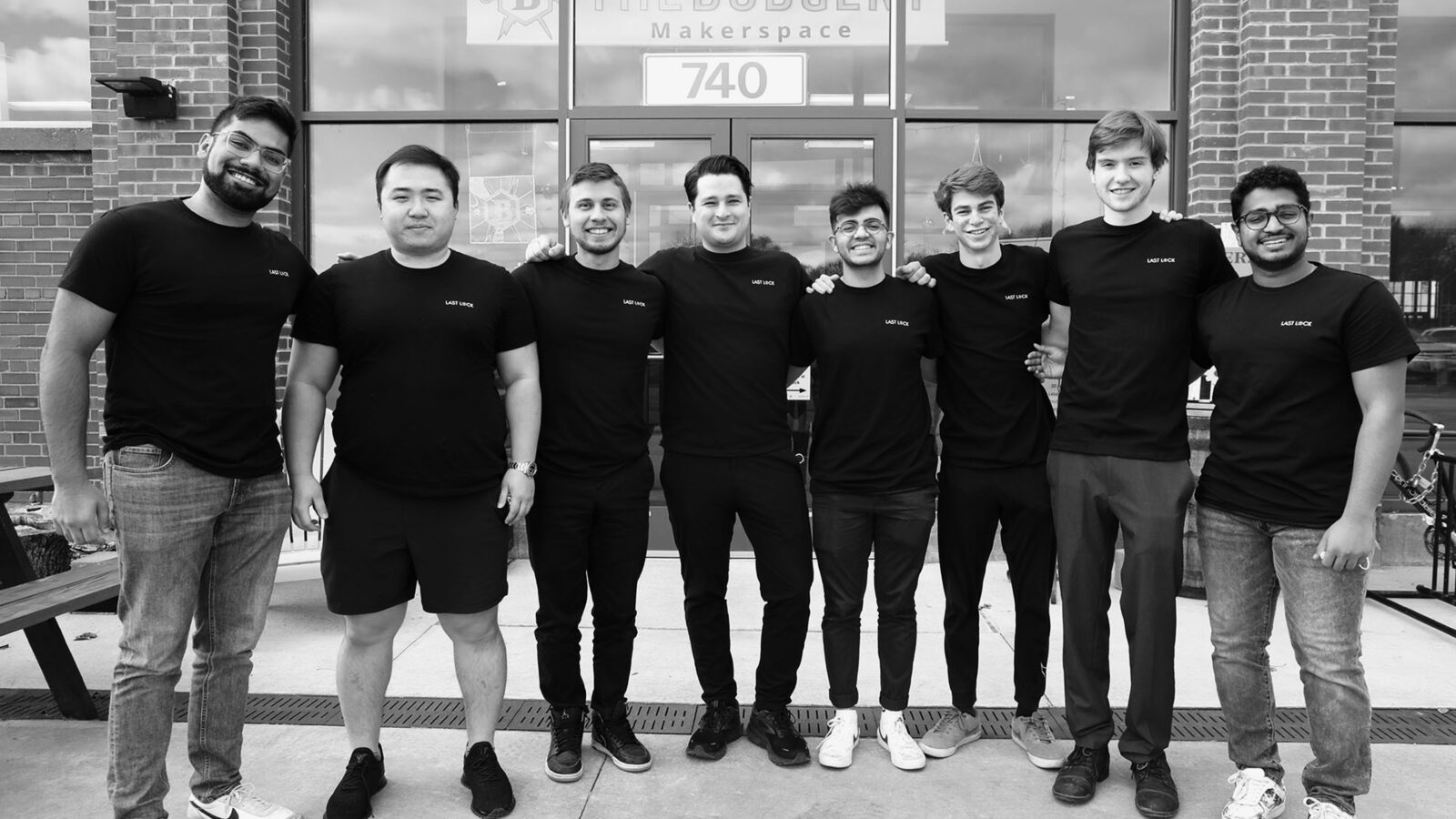 Working with potential employees while they’re still students mitigates risk for startups — and it’s fun, too

Last Lock founder and CEO Jack Ryan says he could spend an hour listing all the benefits of Creative Destruction Lab. The program’s competitive process forced his team to be at its best in order to meet its goals and stay in the program. High-calibre mentors provided advice that put the company on a “whole different trajectory.” And the program introduced him to two students who did such valuable work, that Ryan felt he had no choice but to hire them full time.

As part of the program, Last Lock was matched with entrepreneurship students completing undergraduate degrees at the University of Wisconsin-Madison.

“And then we discovered how highly talented both Jai and Adam were in their fields,” Ryan said. “We started having them do projects that were related to their majors, and they just crushed it … We couldn’t afford to lose them.”

What started out as an entrepreneurship class for Bellani and Johnson grew into internships for them both, and then full-time job offers.

Bellani joined Last Lock full time after graduating from the University of Wisconsin-Madison in December with a Bachelor of Science degree in Computer Sciences. Ryan, himself a UW-Madison grad, said Johnson will also get a job offer when he graduates in May with a Bachelor of Science in Mechanical Engineering with Certificates in Entrepreneurship and Business Fundamentals.

During the CDL program, Ryan was trying to scale up Last Lock’s software platform and was having a difficult time. He asked Jai to have a look.

“He was all over it. Within two weeks our software sophistication grew by like five times. It was just insane,” Ryan said.

Ryan was also doing a lot of the company’s mechanicals and hardware himself, so Johnson’s education in mechanical engineering became extremely helpful.

Bellani said he had dreamed of starting his own startup five to seven years down the road.

“CDL kind of fast tracked that because I was like, ‘Damn, this is actually fun,’” he said.

Getting to know Ryan face-to-face gave him the opportunity to prove his worth to the company, Bellani said. It was also a refreshing experience after being stuck at home because of COVID-19. “You have a sense of connection.”

Johnson said he applied for the CDL course because he wanted to be immersed in the world of entrepreneurship.

“I really valued being able to sit in on those meetings where you have mentors that had $100-million exits from their startups and learning about the advice that they were sharing, not just to Last Lock, but to all the different companies that were in this program,” Johnson said.

“Being able to work with Last Lock for the last year, see the culture and then have an offer, I just have a really satisfying reward to the end of four years of an undergrad degree.”

Last Lock’s experience with Bellani and Johnson has become a model for the company. Ryan said he’s found “a tremendous amount of talent” by finding new team members while they’re still in school.

“There’s a lot of risk in hiring new people as a startup because you have to put a lot of time ,energy and resources into those people before you can determine whether or not they’re going to be productive or fit with the team,” he said.

Working with Bellani and Johnson in an educational setting helped Ryan understand their skills before making an investment in them.

“Now we’re embracing it,” Ryan said. “Working closely with UW-Madison’s Computer Science department, we’ve sponsored a new capstone course that, similar to CDL, gives students experience working for companies without having to leave the classroom. In our minds, it is a win all around. Students gain invaluable experience and we get to meet some of the most talented and driven individuals at UW.”