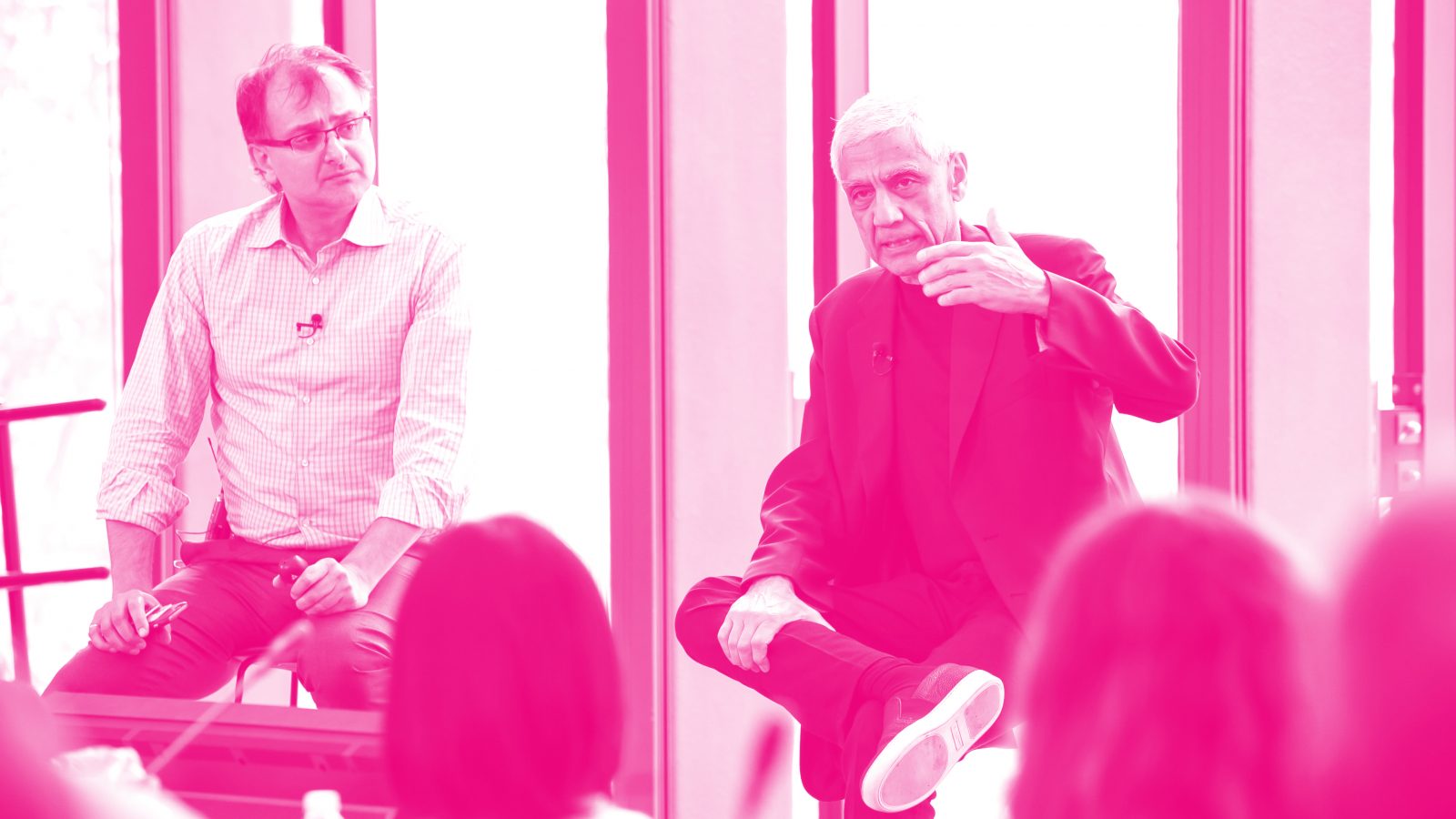 The entrepreneur-turned-investor delivered a keynote Q&A at the University of Toronto’s Rotman School of Management as part of an event that brought together world-class entrepreneurs, investors and scientists with high-potential startup founders on June 6 and 7.

“To me, Silicon Valley isn’t a place — it’s a state of mind,” he said, addressing a captivated crowd, including CDL Fellows and Associates, venture capitalists, scientists and more than 100 of the most promising science-based startups.

Khosla is an early investor in AI-based companies, including many CDL ventures. He’s not just a prolific investor and entrepreneur, he’s a legend. From humble beginnings growing up in an army family in India, Khosla’s determination to be an entrepreneur led him to found many ventures, including co-founding Sun Microsystems. He started Khosla Ventures in 2004, where he invests in technology-based businesses both for profit and social impact, including in clean tech, microfinance and biomed tech. Khosla is widely regarded as a leading thinker in Silicon Valley and his conversation with Ajay Agrawal at the Super Session was evidence of why he’s so deserving of that label.

Khosla shared his excitement in the role of technology for “societal reinvention” across a range of areas, from reshaping our ideas about labour to personalized medicine to redesigning cities.

For Khosla, medical schools should focus on recruiting future doctors with high EQ because their future will be managing patients rather than determining medical interventions. He lamented that the current model of symptom-based diagnosis is the practice of medicine, not the science of medicine.

“The front headlight is missing, you must be sick. That’s how medicine is practiced instead of saying, what are the causal things that happened a year, five years or ten years ago,” he said. “That’s when you want to start acting, not when you have the visible car crash.”

And that’s where he believes the future of medicine lies — in AI predicting the trajectory of an individual’s health and suggesting interventions before the “car crash,” i.e. a condition like diabetes or heart disease. But that won’t happen overnight — Khosla predicted the next 10 years AI would learn from and replicate the current kind of primary care before being able to bring about the transformative change he imagines.

“I’m almost certain that in 10 or 20 years that I’ll get much better cardiac care from my cellphone in a village in India than [from a doctor] at Stanford.”

Receiving medical advice from the comfort of your own home will be the norm in a world where leaving your house will be less necessary in general, as a result of robotic delivery of groceries, and robotic kitchens that reduce the need for going out to grab takeout. That means taking more cars off the road, presenting an opportunity to redesign cities.

“You could rethink cities by saying 80% of the roads can’t be used by regular cars,” said Khosla, outlining a new proposal for public transportation. “City transit wouldn’t be scheduled from point A to B at certain times of the day — it would be anywhere to anywhere, on demand, off your cell phone at under a dollar a ride.”

Tech-based entrepreneurs like those at the CDL will no doubt have a role to play in rethinking labour, medicine and cities. Khosla reminded the entrepreneurs in the room that true innovation doesn’t happen without risk. Or as he put it: “The biggest risk a society can take is to not take risks.” 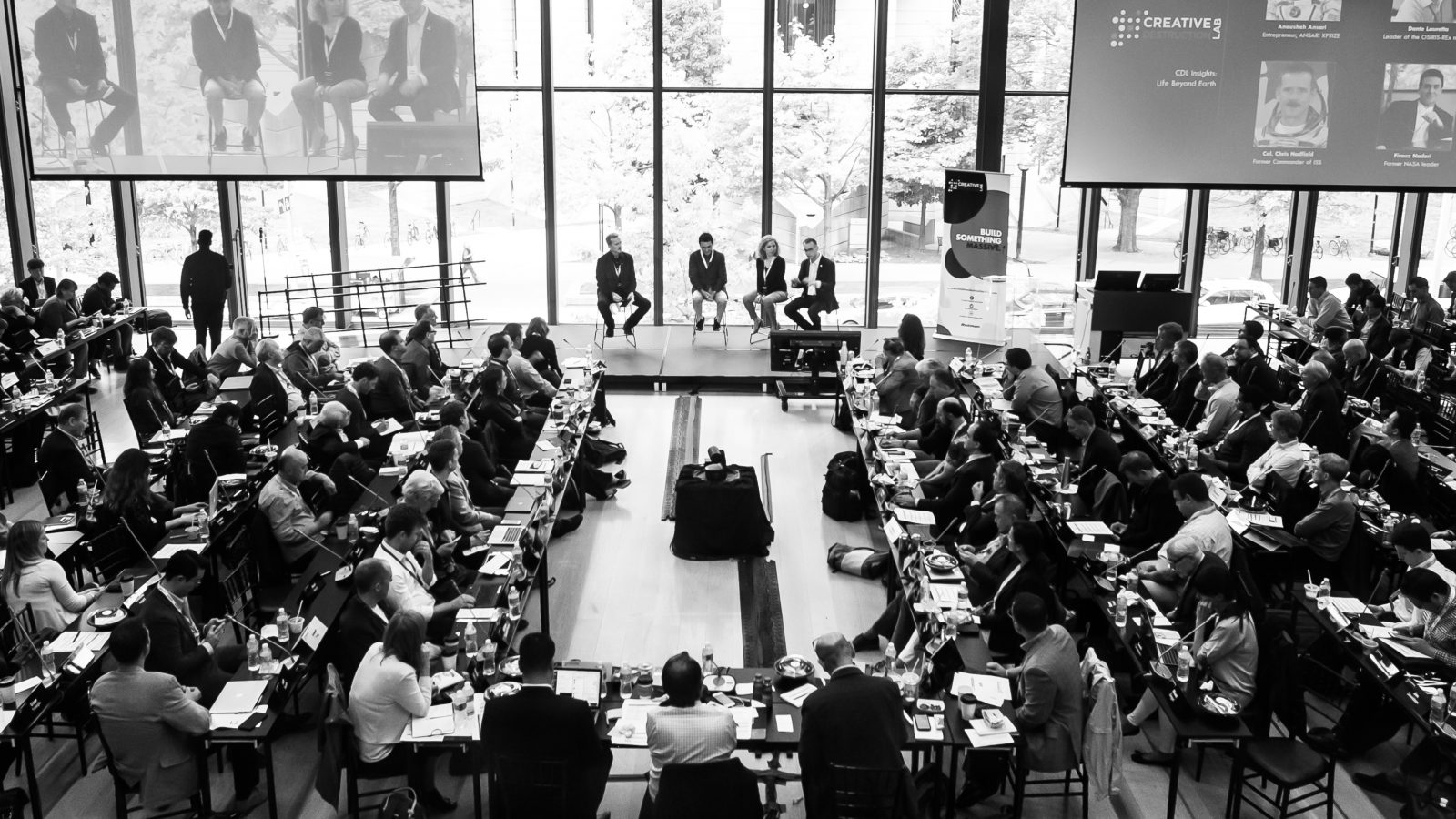 The event brought together world-class entrepreneurs, investors and scientists with high-potential startup founders on June 6 and 7. 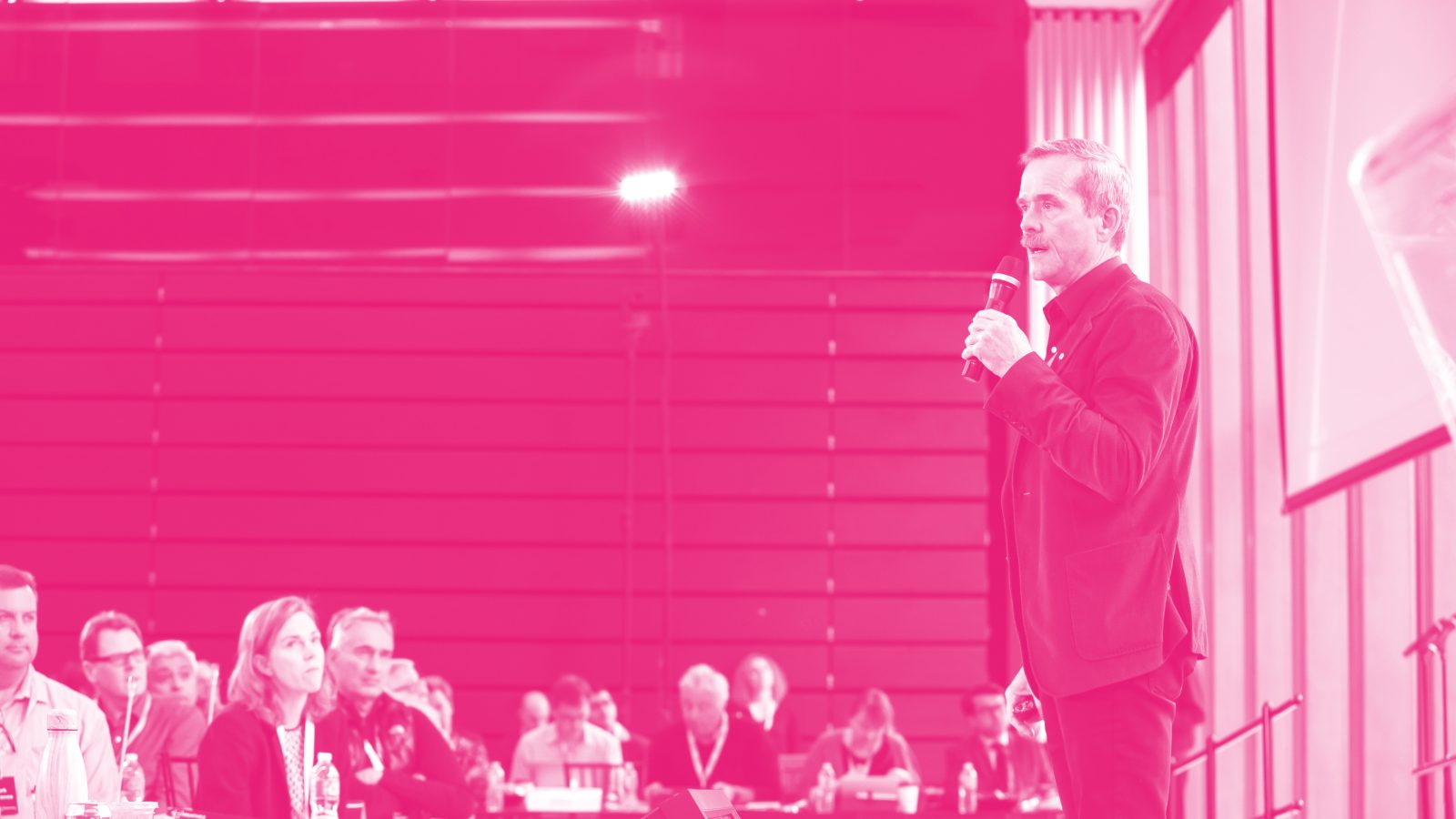 Creative Destruction Lab Builds the Next Generation of Space Entrepreneurs

Colonel Chris Hadfield, the first Canadian to walk in space and former commander of the International Space Station, leads the program as a Founding Fellow.