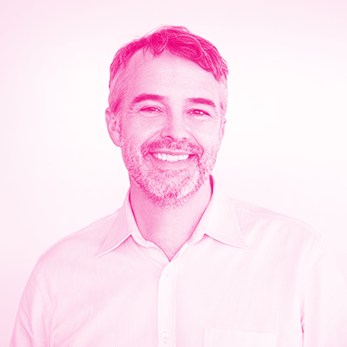 An ambassador of corporate social and environmental responsibility, Louis Roy strives to be “a model for future entrepreneurs and to build a sustainable, socially responsible world,” a vision he champions in his role as founder and president of OPTEL GROUP.
Louis founded the company in 1989 after graduating in electrical engineering and physics. Three decades later, OPTEL GROUP, with more than 700 employees, is one of the world’s leading providers of supply chain traceability solutions and the architect of the Intelligent Supply Chain®, the first true end-to-end traceability platform.

Under Louis’s leadership, OPTEL has also developed engagement technologies to encourage employees and citizens to adopt more sustainable lifestyles and consumption habits, with the aim of bringing supply chain transparency to the consumer. Louis has successfully woven sustainability into the company’s DNA, offering its employees myriad opportunities to practice sustainable and eco-friendly activities.
In 2017, Louis was named Canada’s EY Entrepreneur of the Year following the increased global impact of OPTEL GROUP and its commitment to build a better world. That same year, OPTEL was named a Certified B Corporation, making it part of a worldwide movement of companies dedicated to using the power of business to make a positive difference.

Louis has been invited to share his vision at global economic and environmental conferences, including meetings of the United Nations Environment Programme and the World Economic Forum’s Environmental Sustainability Impact Summit, and travels to some 30 speaking engagements every year.