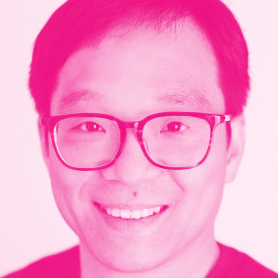 Dr. Steve Liang completed a bachelor of science in Surveying Engineering at National Cheng-Kung University, Taiwan in 1999, and earned his doctorate in Earth Space Science at York University, Toronto in 2007. During his doctorate studies, he contributed to the development of one of the first virtual globe systems in the world, called GlobeView. GlobeView was later commercialized by GeoTango Corp., and subsequently acquired by Microsoft in 2005.

Dr. Liang is currently an associate professor at the University of Calgary and director of the GeoSensorWeb Laboratory. He is also the founder and CEO of SensorUp Inc, a Calgary startup company that offers a Data Exchange Platform based on International Open Standards for the Internet of Things. In 2013, he was chosen one of Calgary’s Top 40 Under 40 by Avenue Magazine. Dr. Liang has been an invited speaker at universities and industries in 11 countries, and held the AITF-Microsoft Industry Research Chair on the Open Sensor Web from 2011 to 2014.