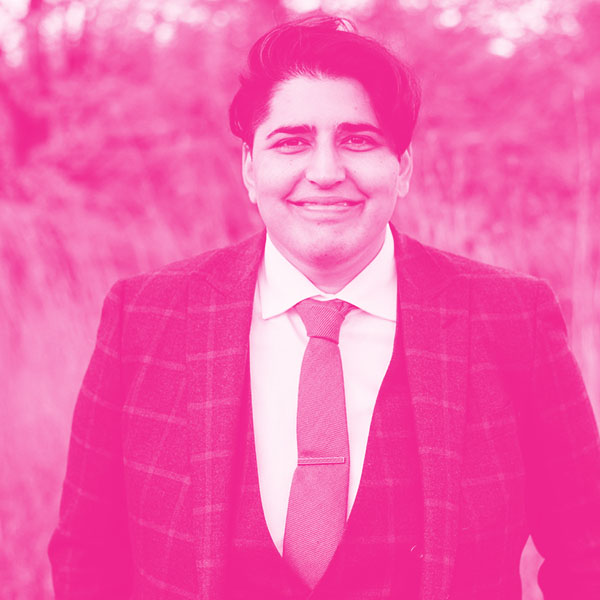 In 2020, they founded the Sonia Sennik Resilience Fund at McMaster University to award an annual $8,000 entrance scholarship for an engineering student who has shown grit and strength of character in their life – whether that’s at school, at home, on the athletic field, or in their creative pursuits. This commitment grew into a $300,000+ endowed fund with more than 40 start-up founders, CEOs, world-leading scientists, engineers, and economists contributing to the effort.

Recently, Sonia was named as Canada’s Top 40 Under 40, selected from hundreds of nominees by a respected and independent advisory board on four key criteria: Vision & Innovation, Leadership, Impact & Influence, and Social Responsibility.

Sonia is the host and executive producer of Connected Intelligence, a podcast about all the things we bring to work that aren’t actually about the work. The podcast features conversations about the building blocks that bring complex ideas to life – not the code, calculations, or research – but the bonds between teammates, connection to your purpose, and the character that you build along the way.

Sonia currently serves on the board of CEIMIA (International Centre of Expertise in Montréal on Artificial Intelligence) and Futurpreneur. Sonia previously served as vice-chair of the board of directors for ParticipACTION. Sonia was the head coach of Rugby Ontario Senior Women’s Team from 2016 to 2018, winning bronze, silver and gold at the Canadian Rugby Championships. Sonia is a proud graduate of the MBA program at Rotman School of Management and was the first-ever recipient of the Social Impact Award. Sonia received the Rotman Emerging Leader Award to recognize their influential leadership talent to motivate, mentor and inspire others to reach their potential. They also hold a B.Eng degree from McMaster University.